We began our operations leadership meeting this morning with music. Our special guest, Tom, a retired computer programmer also spent years as a rock-n-roll band leader. Now he volunteers at one of our largest hospitals. He journeys the halls and sings and plays his guitar for patients in Hospice, Palliative Care, and Oncology.

Between songs he shared stories of some of the patients he spent time with. One was an early stage Baby Boomer now in the latest stages of cancer. She was actively dying. Within days or even hours of completing her time in this space. Tom wasn’t aware. 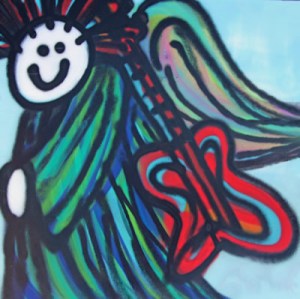 He sang for her. She smiled and said, “How about Knockin’ on Heaven’s Door?” He appreciated her spirited sense of humor and gladly played for her. She thanked him and said, “Play another.” Tom played and they chatted for a moment more. As he packed up his weathered acoustic, he said…

“No, Tom, you won’t. I’ve been told I probably won’t make it through the weekend. Will you consider singing at my funeral?”

Tom replied, “I’ll do anything for you.”

She died that Saturday. He sang the following Tuesday.

From our earliest moments with lullaby’s from a mother, to our final hours with hymns or favorites at the graveside, and all the times in-between, music is such a critical connecting element.

I will think of Tom and his gift to our patients as I sing tonight. I will thank my fellow troubadours at Open Mic for how they each add to the joy of this life. I’m going to call Mom and thank her for encouraging me to listen to whatever I liked growing up. I will call my sister and thank her for playing guitar and for being the first to get me interested in one of my own. I’m going to take the long drive home today to my North Carolina home and turn up the volume along the way.